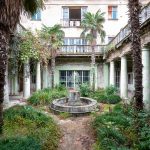 Tskaltubo is a city in western Georgia with around 17.000 residents. The city is famous for their thermal springs, also called the ‘Waters of Immortality’. The water in Tskaltubo is known for its therapeutic effect (slight radon chloride –magnesium waters). People from all over the world visit the city to treat for example the following diseases: cardiac and vascular, nervous system, skin conditions and endocrinology system. The area is unique due to the fact that the bathing-process has constant running water. Therefore, the water is constantly being refreshed and never loses the temperature of 33-35 degrees Celsius. 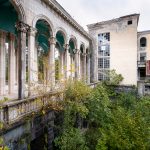 The city of Tskaltubo is very popular since the 7th – 9th century because of the unique healing water. Between the 12th – 13nd century the city was the favorite place of Georgian residents to relax or treat their guests. In the early 20th century, after chemical analysis had taken place and revealed the uniqueness of the water, the city was officially declared a medical spa resort. Building of the resort started around 5 years later. In the 50’s of the 20th century, Tskaltubo was an important spa-resort during the Soviet era. At different times, there were built 9 bathing houses and 19 sanatoriums. Bathing house #6, which is the largest still functioning thermal bath today, was built exclusively for Joseph Stalin in the 1950’s. In 2015 a new medical thermal center erected, which contrasts with a lot of buildings that are in heavy decay in the rest of the city. 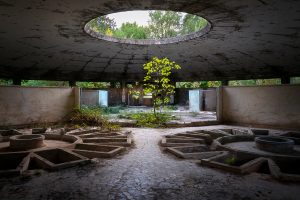 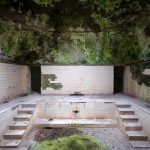 Many of the sanatoriums that were thriving 50 years ago, are now abandoned, in heavy decay and crumbling. However, some of the former sanatoriums and hotels are now home to IDPs (Internally Displaced Person). People that were mostly displaced from their homes in Abkhazia due to the war at the end of the 20th century. Abkhazia declared de facto independence and nearly all Georgians were forced to flee. At this moment, more than 6.000 IDPs are living in the crumbling and decaying buildings in Tskaltubo. Imagine living in a small room in a building in disrepair, with collapsing ceilings and floors and a bad sewage system built from plastic pipes. These conditions are bad and saddening. The government has promised that all IDPs will receive a new apartment in Kutaisi by 2020, but barely anyone believes they will be ready on time. They’ve been working on them for almost four years now, and hardly anyone has been able or allowed to move. 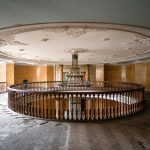 While photographing the buildings that had people living in them, it felt like I was invading their privacy. And I believe that I actually was. This gave me a weird and bad feeling, since I usually solely photograph completely abandoned buildings. However, before entering any of the buildings with residents, I ‘asked’ for permission to enter. Mostly with hand gestures, since there is rare knowledge of the English language. Every resident that I’ve met has been most generous and helpful. They’ve shown me where to enter the building, smiling and waving, shown me which parts are inhabited, which parts are abandoned and where to be careful etc. I have nothing but respect for the attitude these people have, and I sincerely hope that good will come to them soon.

More photos are found below: 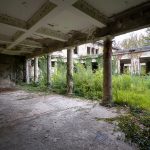 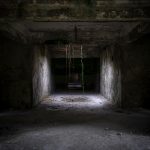 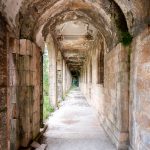 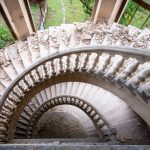 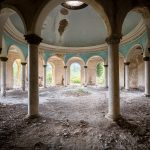 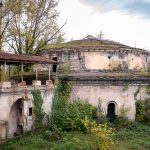 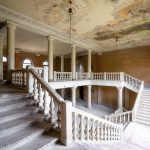 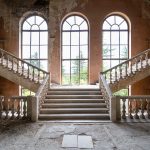 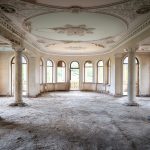 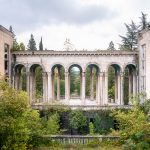 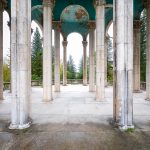 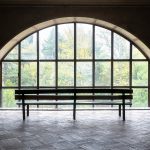 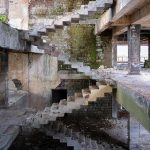 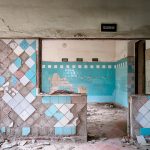 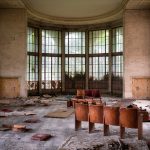 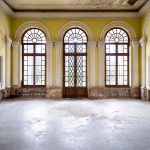 
Found this small house tucked away in a lovely Aus

This is an abandoned hospital that I photographed

[…] Displaced Persons (IDPs), are housed in the city of Tskaltubo, Georgia. Check out my article ‘22 Photos show Decaying Buildings of ex-Soviet Spa Resort‘ to read more about this city and take a glance at the buildings they live […]

[…] a couple of these buildings and photographed them earlier this year. After my great trips to Georgia and Abkhazia, this area was a lovely […]

[…] Displaced Persons (IDPs), are housed in the city of Tskaltubo, Georgia. Check out my article ‘22 Photos show Decaying Buildings of ex-Soviet Spa Resort‘ (which is also published here) to read more about this city and take a glance at the […]

[…] an Art Nouveau theatre in Brussels, a unique 18th-century Italian fortification, the city of Tskaltubo with its waters of immortality, one of the oldest baths in Romania, and so much […]