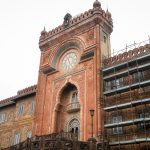 The Castle of Sammezzano is a rare example of eclectic and Moorish architecture in Europe. Over the second half of the 19th century, this formerly medieval castle was transformed into a fine example of the Orientalist fashion by Marchese Ferdinando Panciatichi Ximenes d’Aragona. Ferdinando was influenced by several Eastern trends, focusing on two particular styles: Arabic-Moorish, with its white “intertwined ropes” of stucco, and Indo-Persian, characterized by strong polychromatic colours. Following the Second World War, the castle became a luxury hotel. However, for over 25 years the site has been unoccupied and neglected with its ownership remaining insecure. As a result, broken windows have gone unmended and leaking roofs unrepaired, which in turn led to severe water damage and major deterioration of the fabric of the building. The lack of security has laid the site bare to thefts and vandalism. 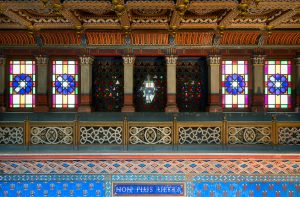 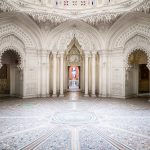 The castle has recently been shortlisted for the ‘7 Most Endangered’ programme by Europa Nostra. The 7 Most Endangered programme identifies endangered monuments and sites in Europe and mobilizes public and private partners on a local, national and European level to find a viable future for those sites. Europa Nostra asked me to shoot a report of the current state of the castle, and arranged access for me in cooperation with Save Sammezzano, and formal approval of the court. In February 2018 I’ve visited the castle.

History of the Castle 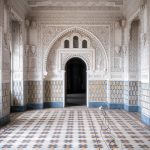 The origins of the Castle of Sammezzano date back to the Roman period. In the middle ages, it was a defensive fortress. Subsequently the ownership passed between various noble families of Florence, ending up with the Medici. Around 1595, it was bought by the Portuguese nobleman Ferdinando Ximenes d’Aragona and remained in the family until 1814, when it passed into the Panciatichi family via the wife of the last Ximenes d’Aragona. Two generations later, it became the property of the man who changed its destiny: the Marchese Ferdinando Panciatichi Ximenes d’Aragona. Between 1842 and 1890, Ferdinando completely reshaped a medieval castle into an Orientalist palace in line with the fashion of the time.

Due to Ferdinando’s brilliant transformation of Sammezzano, the building became the most important example of eclectic architecture in Italy and sits among the finest examples in Europe today. For this reason, it has a very high cultural value. 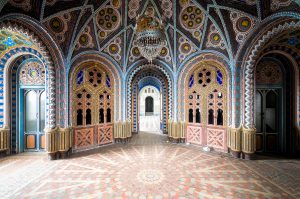 Without any training in architecture or engineering, he built his dream from designs in his huge collection of books (now lost) on Eastern art and architecture. The result is a stunning mix of the Moorish with the Byzantine, the Indian with the Chinese. Using entirely local craftsmen, he had all the bricks, tiles and friezes made on site under his supervision. Thus, a strong tie was forged with the community, which continues to this day.

In fact, many local associations have been born to promote Sammezzano’s knowledge and organized sporadic guided tours. 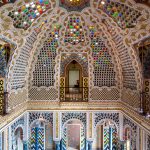 The site has a very high environmental importance because it includes a historic park of 190 hectares (470 acres) around the castle, two thirds of which was given over to the planting of over a hundred species of plants from overseas, especially exotic varieties from Japan, China, North Africa and North America. Unfortunately, many were unsuited to the climate and by the end of their lifetime only 37 species survived. One species has thrived however, the Californian sequoia, the tallest of which, the famous twin sequoia, is 54 meters (177 feet) tall, the second tallest tree in Europe and on Italy’s list of 150 Trees of Exceptional Environmental or Monumental value.

Given its defensive origins, it’s no surprise that Sammezzano is located atop a hill overlooking the Arno valley, about 25 miles outside Florence and easily visible from highway A1. It’s three floors comprise 6.400 square meters (about 68.000 square feet) in total. The exterior was completely modified by Ferdinando, with a brick facade incorporating decorative friezes designed and supervised by Ferdinando himself. 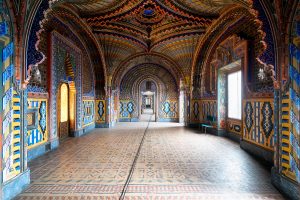 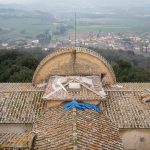 The castle contains 65 rooms in total, decorated in a wide variety of exotic architectural styles, selected in accordance with the Marchese’s own personal taste. The rooms of the monumental first floor are all inter-connecting, laid out in a multitude of possible labyrinthine paths, decorated with work of eclectic north-African, Indo-Persian, Byzantine and Gothic inspiration. The whole featuring exquisite chalk and glazed ceramic mosaics, geometrical and floral ornaments, evocative low-reliefs, domes, arches, fountains polychrome statues and glass walls that create amazing lighting effects. Along the walls are numerous mottoes and axims, frequently embellished with designs, representing the creator’s train of thought, as well as heraldic weapons, emblems and other decorations. The 15 impressive reception rooms on his floor, are the ones which have made Sammezzano famous – despite the building being closed to the public for the last twenty years apart from rare occasions. 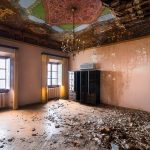 There are 13 other buildings on the site, all in advanced state of disrepair, many with roofs fallen in. Some are, or rather were, elaborately decorated in style with the castle’s eclectic theme and are scattered throughout the 470 acres of the park.

Currently, the site is unused. In fact, it’s been in a state of decay since 1991. The roof is heavily damaged, and there is water damage. There isn’t running water, electricity, heating, working toilet facilities or anything that would be necessary for an occasional use.

More photos of my visit can be found below. Special thanks to Europa Nostra, Save Sammezzano and Kairos for making my visit possible. 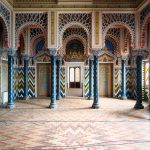 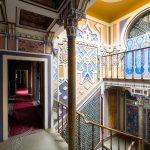 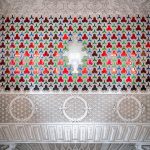 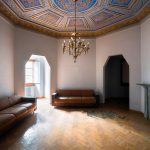 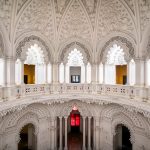 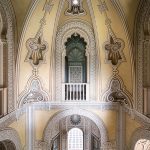 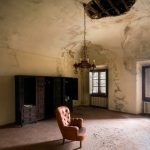 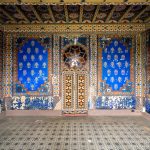 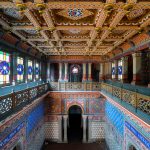 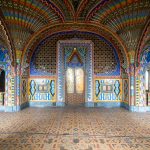 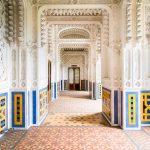 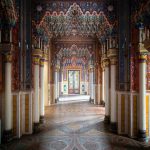 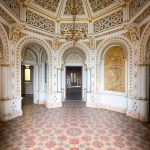 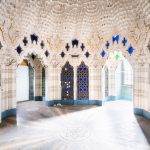 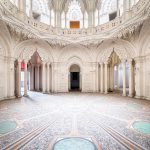 […] In the past years I’ve been privileged to have photographed for example the beautiful Castle of Sammezzano, Citadel of Alessandria and Casino in Constanta for Europa Nostra as […]

[…] it with photos of the beautiful interior. Italy has a large amount of abandoned castles. The castle of Sammezzano is another example and one of the most beautiful castles that I have […]

[…] with antique furniture. Unlike many other residential objects that I have photographed, such as the Castle of Sammezzano and this palace in Poland, it is very challenging to find historic information about this […]