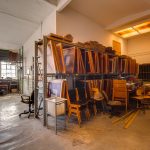 A couple of weeks ago I have visited an abandoned ceramics factory in Germany. I was invited by Pascal Hess from Industriekultur Steingut to shoot this building with great historical value. The building I have photographed is the Waechtersbach ceramic factory in Brachttal-Schlierbach (Germany). Several of the groundbreaking ceramic designs, by for example Joseph Maria Olbrich, Ferdinand Luthmer, Max Roesler, Albin Müller, Zaha Hadid, Ettore Sottsass and Hans Christiansen, have been produced here and are in collections all over the world.

The Waechtersbach factory is especially important because early answers were sought to the problems of industrialization. For example, the oldest Betriebskrankenkasse of Germany (healthcare insurance) was founded here in 1856 and in 1888 the first factory newspaper in Europe erected. Strikes, lockouts, labor disputes and food supply, as well as migrant workers and dealing with strangers undergo an examination by way of example. This gives rise to innovative cultural impulses for current issues. 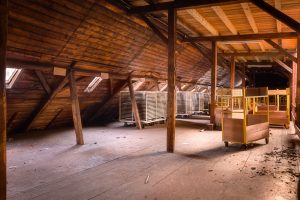 The factory is founded in 1832 and is no longer running production since 2011. Between the 19th and mid 20th century it was part of the most important German manufactures of stoneware. The architecturally highly significant value is dominated by English country house architecture, early industrial warehouses, airplane concrete vault of Martin Elsässer and a wooden high-bay warehouse. This in correspondence with the townscape. 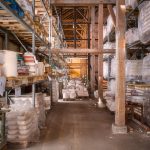 The factory complex is now partly abandoned. However, there is a lively collection of the past products produced by this company. Two private collectors have declared their willingness to transfer their highly significant private collections in a public foundation. The current owner of the vacant buildings has offered the buildings for sale. Some of the buildings are threatened by physical deterioration and the historical context of the industrial region disappear more and more. 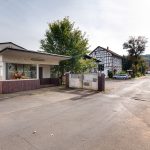 To control this process, the association Industrial Heritage Stoneware e.V. was founded. This foundation does their utter best to secure the historical, cultural, economic and architectural complex “Waechtersbach” and its tangible and intangible structures in an early industrial cultural landscape and document its exemplary significance.

Please check out their website (in German) to read more about the project. 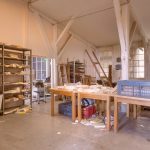 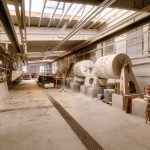 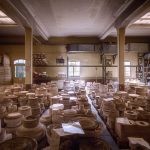 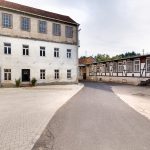 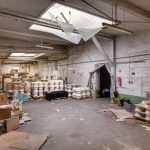 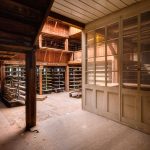 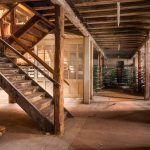 
Hi! I've been away for a while, taking a break fro

Thanks Madeira, you’ve been amazing. See you nex

My Father-in-Law showed me the bottom of a bright red Christmas Tree themed coffee mug and it reads: “Waechtersback Germany” sonthat is what sparked my online search for additional information. What a great portion kf Germany’s ceramocs industry. The photos are excelle t a d capture the feeling of creativity in the edifice, as well. Be Well!

Thanks so much, Richard! Merry Christmas 🙂

Hi Roman, thanks for sharing those interesting photos and comments re Wächtersbach Keramik. I am compiling a fb article about a complete set of German Delft Ware in a historic house in New Zealand, where I am a tour guide. Would you allow me to post a few of the early factory photos you took as well as some of your accompanying text, please? I will acknowledge you by name. We have not dated the ‘Delft’ set, but I imagine it is from the late 19 Th Century. Many of the pieces have the Wächtersbach stamp on the bottom. …
many thanks, Inge

Hi Inge, I have sent you a private message. Thanks a lot for reaching out.

So interesting! My mother’s father worked at this factory in the 1940’s thru the 1960’s attaching handles to mugs. The house my mother grew up in was a 4-plex that was employee housing in Brachtal. I will Show her these pictures. Thank you!

Roman Robroekreply
– In reply to: Dawn

That is great! It would be an honor if you’d show her the pictures. Thank you!

[…] production since 2011, but there are some people trying to keep its history alive. Check out urban photographer Roman’s website who visited and captured the partly abandoned factory complex. Here you can read more about the […]