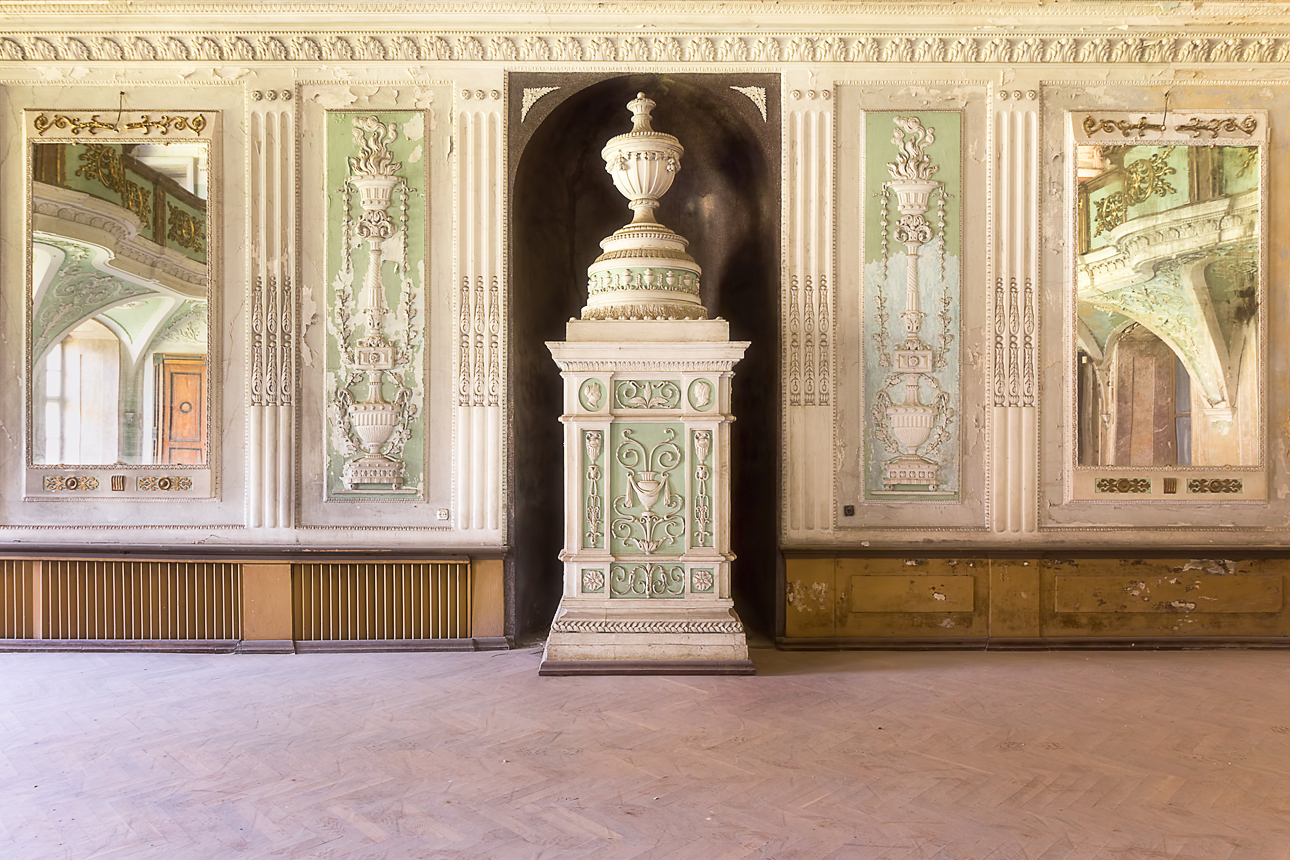 This blog covers a series of photos that I’ve taken in an abandoned palace in Poland.

The photos have been taken early 2016 somewhere in Poland in an abandoned palace. The palace has a very rich and interesting history. In it’s current shape and design, the palace was built at the end of the 18th century. However, the original part of the building is significantly older and the property has been in possession of Family von Raueck since early 16th century. The Jesuits, who became owner of the property after it changed hand a couple of times, built a palace. After the death of the last male descendant of the family, the ownership of the property and the palace changed to the son of one of his sisters and it was him who initiated the construction of the palace in its current form late 18th century. The last reconstruction took place towards the end of the 19th century, after a big fire occurred. After the second World War the state became the owner of the palace and housed a school in it. Unfortunately, at the end of the 20th century the palace fell into disrepair. It is now in the hands of an investor and registered as a monument.

The photos show the extraordinary beauty of mainly the interior of the palace. The architecture is breathtaking and the detail in the woodwork is simply amazing. High-quality craftsmanship went into making every little bit of this building. Considering how long it’s been abandoned it’s still in quite a good shape. It’s obviously very big with many rooms. One of the rooms is a huge ballroom where many parties have been held (according to the caretaker). Several famous guests have visited the palace, for example John Quincy Adams.

I remember I visited the palace about 5 years ago as well and tried to gain access by requesting permission. We were unable to locate the caretaker but talked with many people in the city after finally speaking to the son of the major, our hopes were up. The major knew where the caretaker lived and went to his house, but since he was injured and not willing to let anyone else open the palace beside him, there was no other option than to return at a later time. That later time turned out to be 4 years later.

I currently use a Sony A7Rii with a 16-32mm wide-angle Zeiss lens, and a 24-70mm zoom Zeiss lens. In the past, and for this set of photos, I’ve been used to shooting with a Canon EOS 650d and a 10-18mm Canon wide-angle lens. When shooting abandoned buildings, I mostly use my wide-angle to try and capture as much of the room as possible.

Other photos of this beautiful building can be found below:


This is a photo of a stunning abandoned church. It

This is a photo of an abandoned church that closed

Years ago, Eastern Germany had a dense theater net

Great images. That rolled up thing on the right in the Horse Passage looks like the Xenomorph from the Alien movies 🙂

Haha yes indeed it does! 😁