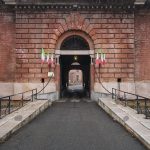 In February (2018), I photographed the amazing Citadel of Alessandria for Europa Nostra. During my visit, I was guided by Sergio from FAI. Sergio knows everything about the history, current situation and future of the Citadel. I was fascinated by all the interesting details he shared, and couldn’t have wished for a better guide. The Citadel is in a bad state and requires urgent attention. However, the bridge leading to the entrance (see header photo) is unstable and can’t carry trucks anymore. Therefor, it’s challenging to get the required materials on site, thus the site is falling further into disrepair. 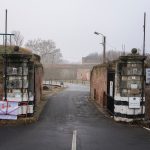 The Citadel of Alessandria was built by Carlo Emanuele III King of Sardinia in 1732 and terminated by Napoleon in 1808. With its 74 hectares it represents one of the greatest examples of eighteenth-century fortification with bastions in Europe and one of the few that still exists today. The Citadel was the scene of several important moments for Italian and European history. It was one of the most spectacular forts of the Napoleonic empire and the richest arsenal in Europe. During the Risorgimento era (Italian Unification) it was a symbol of revolutionary movements in favour of the Constitution. 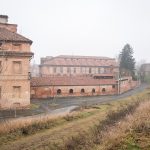 During the Second Italian War of Independence, it became the assembly centre of the French army of Napoleon III and his main centre of manoeuvre during the first phase of the campaign. During the Second World War, the Citadel was used as a prison and for the shooting of partisans during the Resistance until the liberation and the establishment of the Allied Command in 1945. It passed through several historical figures: from Emperor Joseph II of Austria to the Duke of York, from Napoleon Bonaparte, passing through Garibaldi to the kings of the of Savoy dynasty. 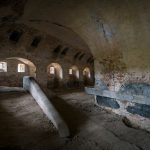 The fort is located north-west of Alessandria, in Piedmont, northern Italy, and is separated from the city by the river Tanaro. It is a unique masterpiece of military art surrounded by walls and moats in the shape of a six-pointed star in the inner circle and twelve in the outer circle. The fortress extends for 74 hectares, the wall has a perimeter of three kilometres, while the starshaped area corresponds to 30,000 square kilometres. Characteristic feature of this fort is the perfect preservation of the glacis: an artificial slope that stretches for hundreds of meters into the surrounding countryside in order to mask the surrounding walls and ensure a clear field of fire free from obstructions to allow artillery fire. The ramparts of the Citadel of Alessandria allow to appreciate how, already, in the eighteenth century a fortress was masked in order to integrate with the environment. 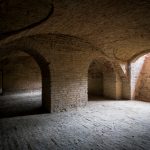 Designed by Ignazio Bertola, the construction of the Citadel begins in 1732 during of Carlo Emanuele III ’s reign along the “Spanish Road”, the major route of strategic communication that connected Spain with Flanders. Alessandria passed in the hands of the new state of Savoy during the reign of Vittorio Amedeo II, with the aim of satisfying the needs of defence of the new state of Savoy (after the Treaty of Utrecht of 1713), it was necessary to block or at least check the “Spanish Road” with a new fortress that incorporated the district of Bergoglio, starting a new era in Urbanism. 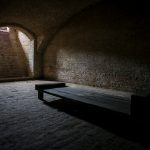 From the eighteenth century to the present day, the Citadel has always been considered a living monument dear to the population, as it represented the visible and emblematic protection of the city. The sign of the tangible appreciation of it by the population is the fact that in 2012 the Citadel was the first ranked site at the Census “Places of the Heart” the initiative promoted by the FAI calling on all citizens, both Italian and foreign, to report the most loved and worthy of protection Italian sites. During the census nearly 54,000 votes were cast in favour of the Citadel, it is a remarkable achievement that had never been reached by any other “Place” in past editions of ” The Places of the Heart” . The result is even more astounding when you consider that Alessandria counts approximately 90,000 inhabitants, this means that more than half of the population has cast his vote in favour of the eighteenth-century fortress. It was therefore a real popular movement which involved individual citizens , local associations , the FAI delegation of Alessandria, the local newspaper ” Il Piccolo ” and all schools of the municipality. This demonstrates not only the emotional and sentimental value that the Citadel plays for the local community but also the fact that this has been chosen as a symbol of rebirth for the whole city, which at the moment is facing difficult conditions due to the failure of the municipality. 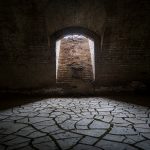 The Citadel plays a leading role also in the urban context of Alessandria with its imposing grandeur, the monument has always been one of the most characteristic elements of the landscape of Alessandria and constitutes its peculiarity. The fortress is therefore an identifying symbol for the entire city.This site, luckily, thanks to the presence of a regiment of the Italian army that was responsible for its maintenance until 2007 has resisted the wear of time. With the end of its military function, the Citadel began its slow degradation. The monument, owned by the Agenzia del Demanio (State Property Agency), is currently under custody of the City of Alessandria. Inside the Citadel operate both FAI delegation of Alessandria and the National Association Sharpshooters. 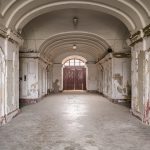 With the failure of the local municipality of Alessandria, in 2012, these two local associations took charge, in agreement with the municipality, of the routine cleaning of the monument and to ensure, as far as possible given the conditions of the place, its public use. Currently the Citadel, thanks to the volunteers of the FAI, can be visited and enjoyed as a public park although some areas, for safety reasons, are closed to the unaccompanied public. However, I was allowed to photograph most of these buildings and therefor you can see the photos in this blog.

Again, I would like to thank Sergio, FAI and Europa Nostra for making this visit possible. I sincerely hope that the Citadel urgently receives the attention it deserves and requires.

More photos of the Citadel of Alessandria can be found below: 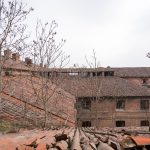 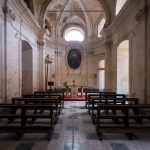 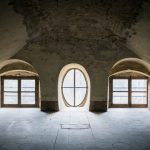 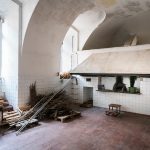 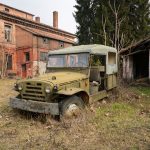 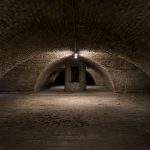 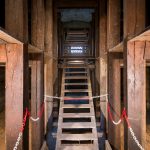 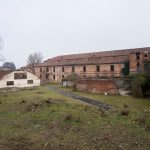 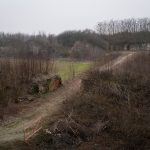 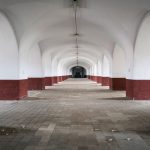 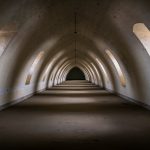 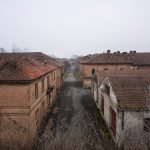 […] like the Casino in Constanta – Romania, the Buffer Zone in Nicosia – Cyprus and the Citadel of Alessandria – Italy.  During 2020, I will be photographing a couple of the sites that are nominated for this year. […]